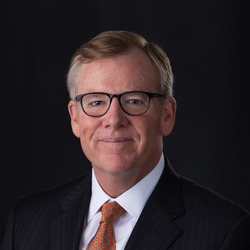 In light of the current environment it behooves all of us to reduce the number of in-person contacts we have with others. To that end, I have decided to mediate any cases in the next 30 days online only using Zoom Pro. I know that some people will initially resist doing a mediation this way and I completely understand that view. There will be some feelings that a mediation conducted online cannot be as effective as doing it in person. For me, I miss shaking hands with everyone after settling a tough case.

But it is where we are.

So let me share with you my recent experience doing two mediations online recently, both of which were successfully resolved, and see if I might change some minds. The first mediation was a combination of Skype, email, text, and phone calls. I was able to Skype directly into the Plaintiff’s room, where there were six participants. I felt like I got a good opportunity to discuss the usual matters with all of those in attendance. I used Skype with one defense lawyer and she called her adjuster who was out of state. The other defense lawyer used the cell phone and text. His decision makers were likewise out of state. We mediated the case for about five hours before reaching an impasse, but settled the case several days later.

After that I took a podcast on using Zoom Pro and then used that platform for the next mediation. This was far superior to Skype. Using Zoom I can send each attendee an invitation by email. I was able to separate the parties into two breakout rooms, like virtual conference rooms, so each side had complete privacy. Then I simply toggled back and forth between the conference rooms. The video and audio streamed seamlessly! At times when a party wanted to visit with their client confidentially I simply muted the audio until they were ready to proceed. Zoom also has a separate chat feature so a party can text me during the session. We can also share screens so either party can pull up documents, photos or whatnot on their screen and I can see what they see. During this mediation we exchanged 30 separate offers in about three hours. Talk about efficient. The case settled and each side got a signed Mediation Agreement.

Some advantages I see in using this method of mediation:

At this point we don’t know how long social distancing is going to last. I suspect things will get harder before they get better. We can’t just let these cases languish. We can still get these cases resolved for the benefit of our clients be they Plaintiffs or Defendants.

In some respects it will be easier and faster to set up mediations because we don’t have to coordinate travel for a number of different individuals in various locations. In particular, I see advantage to adjusters or company representatives who really do want to see and hear who they are working with on the other end of the line.

I expect this will require more pre-mediation prep and phone calls or conferences with attorneys and that is fine by me. If you have reservations about this platform let me know and I will do a trial run for you. The platform is incredibly easy to use. Also, if you want references to other attorneys who have been through the process let me know and I’ll send you their names.

It is a bold new world out there my friends. We can and will adapt to get the job done.

Ted has mediated over 900 cases and was mediator of the year in 2015, 2016 and 2017. Ted is a Fellow of the American Trial Lawyers Association and the National Association of Distinguished Neutrals.