Mediation: Then and Now 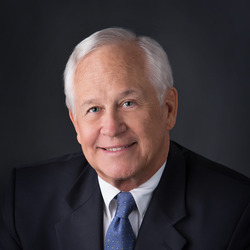 In 1976, I returned to Tulsa from JAG duty with the United State Marine Corps. Mediation services as we know it were practically non-existent. Lawyers settled cases on the phone or over a cold beverage after work (sometime during). Negotiations might start with a lawyer saying, “I don’t have authority, but what if…”, then the other lawyer would respond, “My client would never ‘this’, but I will recommend ‘that’”, then both would confer with their clients. The process was tedious and time consuming as they gathered responses from their clients and relayed the information to the other party. This back and forth, cat-and-mouse game, would often take weeks.

In the early 80s, mediations evolved into a more formal process presided over by the assigned trial judge. Not surprisingly, there was quick recognition that having the trial judge conduct mediations in his own cases was questioned, and that judge might take sides and blame failure to settle—and the consequent clogging of his docket—on one party or the other.

Eventually, lawyer-to-lawyer settlements became the norm and assigned judge mediations died out. They were replaced with settlement conferences by judges’ colleagues at the court house. In theory, the advantage was to eliminate potential judicial retribution against the “unreasonable” litigant, the party obstructing the settlement process. There were initial doubts to the process, but the system produced better results. The parties’ fear of retribution was lessened, if not eliminated, and the parties were able to be more candid with the colleague judge and expedited the process.

By the 90s, acceptance and use of mediation services grew. The number of trials correspondingly diminished, and mediation became the common method of dispute resolution. Lawyers, not colleague judges, became the mediators. CLE courses for aspiring mediators sprung up all over the country and lawyers enthusiastically added mediation services to their practices.